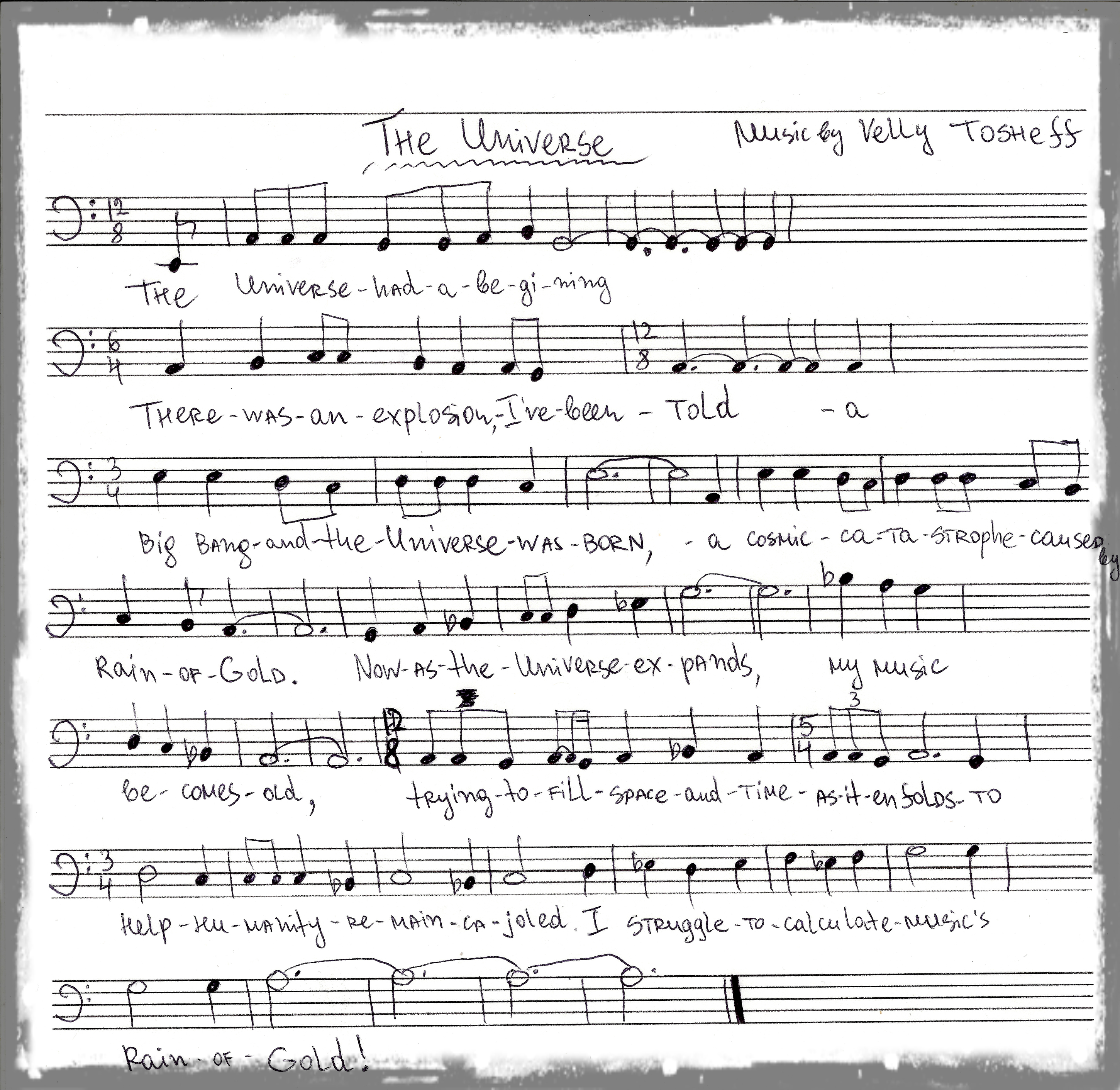 The universe had a beginning.
There was an explosion, I’ve been told,
a Big Bang and the universe was born,
a cosmic catastrophe caused by a Rain of Gold.
Now as the universe expands, my music becomes old,
trying to fill space and time as it enfolds,
to help humanity remain cajoled.
I struggle to calculate music’s Rain of Gold.

The music for this song was written and recorded by the incredibly talented Bulgarian composers, husband and wife piano duo Ilia & Velly Tosheff.

The Tosheff Piano Duo have given performances in Japan, Korea, China, Germany, Holland, Malta, Italy, Spain, Bulgaria, Switzerland and the United States. They have won numerous honors and awards at prestigious international competitions and festivals worldwide.

The song is written in a septuple meter of 7/8, which is an irregular meter typical for Bulgarian folk music.